The First Innovative Region of Georgia

The role of technology parks in the country’s economic development is huge. Georgia has become a country that is actively involved in the creation of “knowledge economy” .

The establishment of science parks was inspired by the idea of creating optimal growth conditions for business and innovation, to support collaboration between entrepreneurs and science communities. The history of science parks goes back to the 1950s, when the first science park was established at the Stanford University in the US.  The subsequent pioneering enterprises included the Cambridge Science Park in Great Britain and the Sophia Antipolis Science Park in France, created over a decade later. The concept of science parks gained new currency first in highly-developed European countries in the 1970s and later in the dynamically growing Asian economies in the late eighties and early nineties of the twentieth century. Today there are thousands of institutions using the title of a science or technology park or a variant of this name.

In the Modern economy, technology is the basis on which can be constructed any human labor and technology development and it has so great effect, that without it is almost impossible to gain a competitive advantage in the modern economic systems.

Georgia’s first technology park was opened in January 2016 in Tbilisi, which was financed by “Innovation and Technology Agency”. In Zugdidi second technology park was built in October 2016. opened in the Zugdidi Presidential residence. To get detail information, Business Georgia interviewed Kesaria Tsulaia – head of marketing department of Zugdidi Branch.

What is Zugdidi techno park? visions and benefits?

The purpose of opening a Technology Park in Zugdidi is to create optimal growth conditions for business and innovation in region, help local population to develop their activities and attract foreign investments for their own projects.

Tech Park is equipped with technologies and representatives of small business have the opportunity to produce their products.  Startups can create prototypes of their products or work with the beta version. Also, in our base are hold a training about various topics. Everyone can attend on seminars or enrolled web development courses without charge.

How is arranged Zugdidi techno park space? how is equipped and differs from Tbilisi Tech Park?

Our conference hall is for 100 people, distance learning room allows startups to contact with their mentors and investors, in this working space they can work on their ideas, in the computer lab, the Applicants enrolled web development courses. Robotics and Maker Space, Lego MINDSTORM EV3 robots, with little bits- especially are popular among students. We can use Fablab- apparatus for laser cutting / engraving, three-dimensional scanning, three-dimensional printing, vacuum forming, by using CNC tool we can do three-dimensional wood and metal reliefhigh-quality printing on any material flat surface with Mimak-‘s machine, fully automatic embroidery machine and printed cards prototyping. It is also possible to consult with the staff, you can have enrolled some courses after which the person has the knowledge and experience of working with these devices.

How Tech parks helps innovators and how often this place is visited?

○ Representatives of small business permanently use Tech Park Services, produce and accomplish their products by using this work-space. Our high-tech equipment helps them to fulfill their plan.  Fablab-‘s mostly visit teens and young adults. Visitor Age is not limited. It should be noted that the small entrepreneurs not only use the equipment, they also actively use our consulting services, receive advice about planning and construction of their projects.

Why should be the development of innovation priority for the country’s economy?

○ It is common knowledge how big, positive changes brought revolution in the 18th century and digital revolution from the late 20th century. Each of these events have impacted on world economy and each countries’ economy as well. In the development formula, innovations are directly proportional to the rate of progress, it plays the most importance role cultural technological and economic development of society.

What can you say about planned events and programs?

○ In Zugdidi tech park constantly held small events, info tours and courses. Most large-scale event, was “architectural installations makeathon”, where eight teams (30 people) took part from all over Georgia. For the future are planned many hackathon, makeathon and createthon. We also want to highlight game development- and organize different events and competition about it.

Business Georgia continues cooperation with Tbilisi and Zugdidi Tech Park, as our main goal as a media company is to support the business in Georgia. 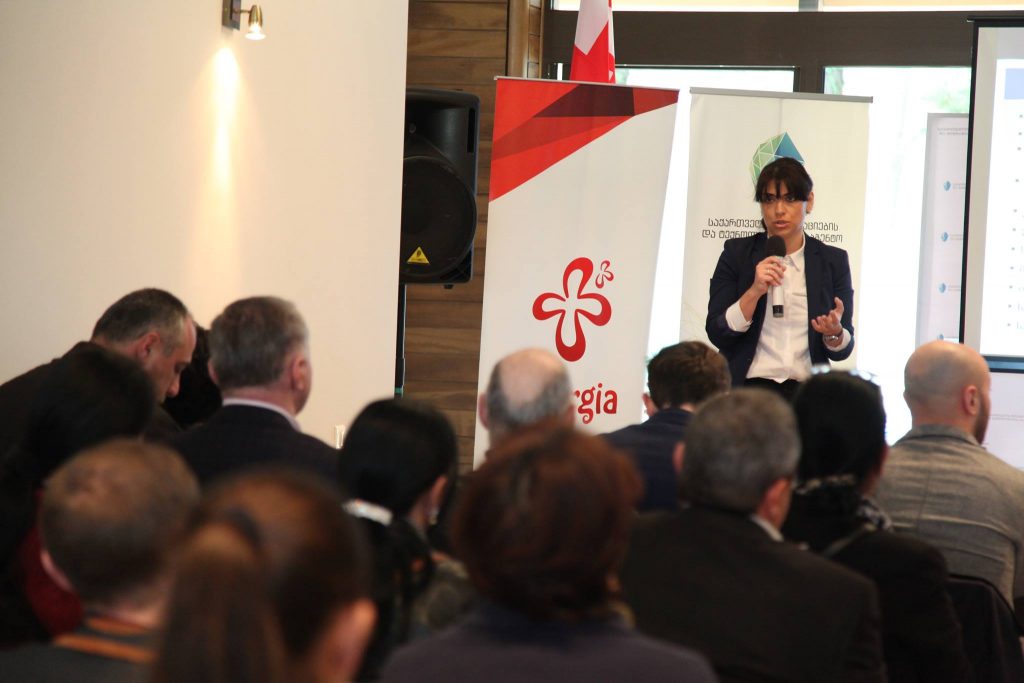 Deputy Prime Minister Kumsishvili participated in the session of Berlin Economic Forum and spoke about transit and investment opportunities in the country. Dimitry Kumsishvili…