Located at the crossroads between Europe and Asia, Georgia has seamlessly integrated aspects of various cultures, while at the same time retaining its own unparalleled identity.

Covering territory of only 69,700 sq. km. the country is renowned for its fascinating history, majestic Caucasus Mountains, the Black Sea coastline, curative climate, healing mineral waters, national parks and UNESCO Heritage Sites. For centuries Georgia has been the cultural, educational and transportation center for the Caucasus region; with some of the most famous trade routes like the Silk Road. 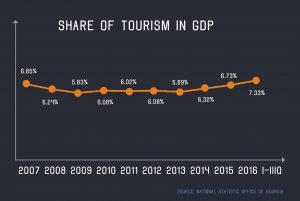