Perspectives of Economic Relationships Between Georgia and China

On June 9, Georgia celebrates 25th anniversary of diplomatic relations with China.  BUSINESS GEORGIA offers an exclusive interview with Mr. Ji Yanchi, Ambassador of the People’s Republic of China to Georgia.

“Free Trade Agreement” with China –  What is the significance of this agreement and what positive changes may it bring for both China and Georgia?

In September 2015, then prime minister Garibashvili took part in the World Economic Forum in Dalian, and held a fruitful meeting with Chinese Premier Li Keqiang, they agreed to launch the negotiations on free trade agreement. In December 2015, the negotiations began. In February 2016 the first official delegation from China arrived. The FTA negotiations lasted for 7 months and ended in October through the utmost efforts of both parties. In October 2016, Chinese Minister of Commerce, Gao Hucheng  visited Georgia, during which he met with prime minister Kvirikashvili and made a joint statement on finalizing the FTA. At present the most important thing is to ratify this agreement as early as possible. We hope these legal procedures can be completed by the end of the year thereby make the FTA come into force officially. The FTA will deepen the economic and commercial cooperation and will bring our bilateral relations closer. Through this agreement Georgia will be able to export its products to China – a market of 1.4 billion customers. It is estimated that exports from Georgia to China will increase by 33.6 % while exports from China to Georgia by 6.7 %. It is also noteworthy that there are some special articles in the contract, which were not included in similar treaties before.  For example, there is an annex about trade and transportation service. It is somewhat customized to Georgia’s aspiration to be a corridor connecting Europe and Asia.

Why Georgia became one of the priority country for China?

Georgia is an important country along the “Silk Road Economic Belt” for the fact that it is a transit corridor connecting Europe and Asia as well as a transit country in trade. This is why we added annex about trade service into the FTA. Georgia has the potential to use all the resources to the full and China is ready to help at any time.

How China and Georgia cooperate in the financial sphere, is it intended to open new commercial banks in Georgia?

The Free Trade Agreement promotes cooperation between the two countries in the sphere of finance, Nowadays Chinese company “Hualing Group” has bought Basisbank, which operates successfully. It is also known that a Chinese company signed cooperation memorandums with Georgia on establishing the Georgian Development Bank and Georgian construction fund. I believe this will be a great stimulus for the development of Georgia’s economy, for investment growth and for projects implementation. The Chinese government supports Chinese companies to invest in Georgia.

Is it planned to establish partnership in energy sector?

In fact, the energy cooperation between our countries has a long history. Back in 2000, a Chinese energy company built a hydropower plant in the Pankisi Gorge, which is the first foreign invested power plant after the independence of Georgia. This plant contributed a lot to the economic development of the region, and it still operates well. Currently Chinese companies actively participate in Georgian energy sector. Our cooperation in the sphere of energy is constantly growing, Chinese companies have a desire to make more investments, especially in the construction of hydro power plants, since China is leading in this area, with the most medium and small size hydro plants in the world. China also has the largest electrical grid in the world. In this regard, our cooperation can bring great benefits to Georgia.

Which other spheres and fields will be attractive to Chinese investors in Georgia?

It is interesting to promote the trade-related service sector. Recently many Chinese companies are interested in the Georgian market. We see increasing number of representatives coming to study the market. Besides wine, mineral water and mines, agriculture and energy sector are of great potential. Particularly, cooperation in renewable energy vehicle sector. Another important field is tourism, as you know, Georgia has rich resources in this regard. After signing the FTA, Ministry of Commerce of China issued a permit to open China-Georgia bilateral tourism companies in Beijing , Shanghai and Tianjin. In my opinion, the society is stable in Georgia, and the investment and tax policies are really favourable. If the central and local government of Georgia could implement these policies into practice, it is promising that more Chinese investments and tourists will be attracted to Georgia.

Is there any plan for high level visit from China to Georgie in the nearest future?

Organizing exchange visits is absolutely important, but it needs preliminary preparation in advance. High level visits are more meaningful only when you have big cooperation projects in hands. Currently the Chinese government is implementing greenhouse project, which completely works on solar energy, we want to make it an exemplary project and we hope similar greenhouse farming could be implemented in Georgia in the near future. This will bring great benefits to the country, helping change it from  fruit and vegetable importer to exporter. In Western Georgia, Chinese companies are working hard for the revival of Georgian tea-growing industry. The first batch of tea was harvested this year. If the tea industry in Georgia could regain its past glory, tea will become a main agriculture exporting product of Georgia. The potential in the tea industry is huge. I think if the aforementioned projects could be successfully implemented, this will become a good example of the “Silk road Economic Belt” and will contribute not only to deepen agriculture cooperation but also to develop relations in the field of culture. As you may know, Mr. Liu Junzhou – a Chinese tea expert brought tea seedlings to Georgia in the late nineteenth century, thus, tea has a historical and cultural significance to our countries. Mr. Liu is the envoy of China-Georgia friendship. Hopefully, with the support of tea farming, we can write a new chapter for our historical and cultural connections. 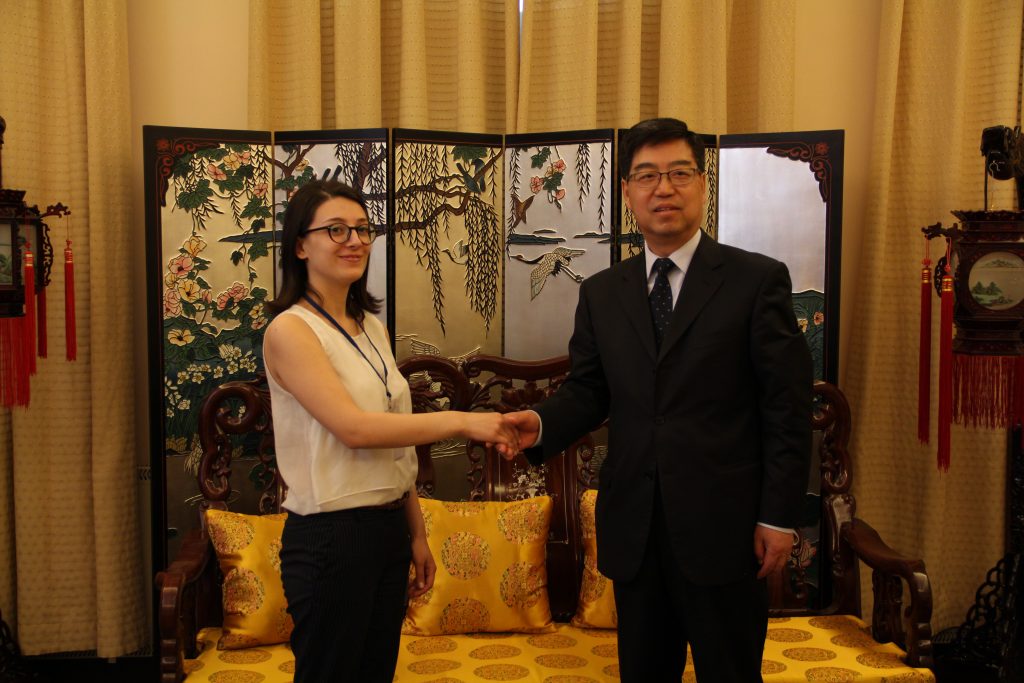 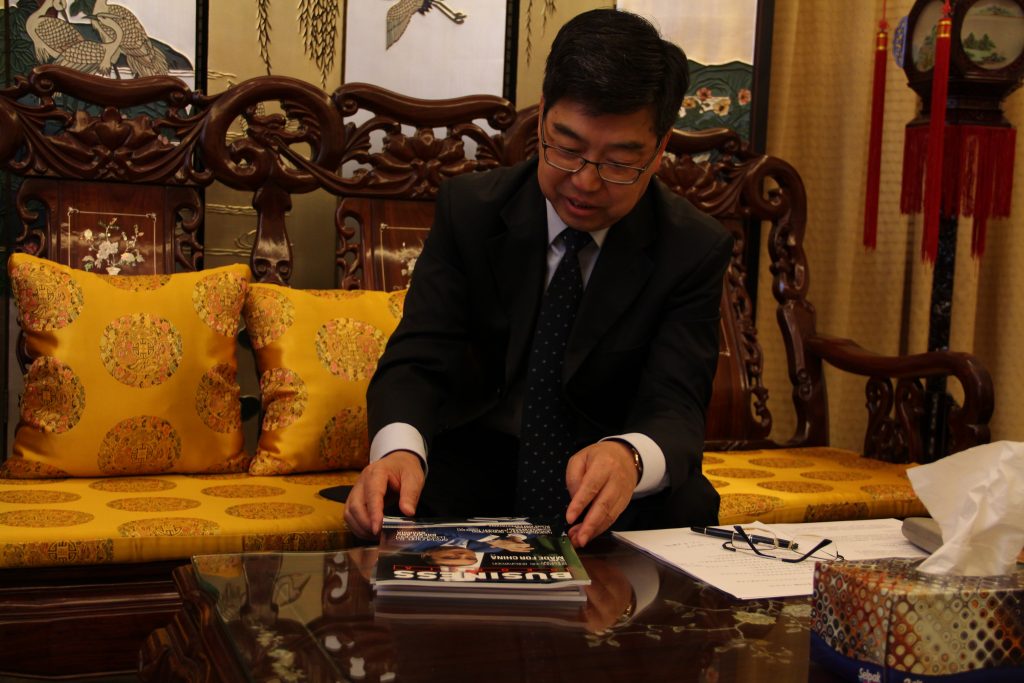 Formation of export-oriented enterprises, free trade agreement with China, Anaklia port and Startup Georgia – there are few of the main subjects, in huge interview…