In order to become a speaker you do not need license, trainings or special courses. Everyone who has enough willingness, skills and qualifications can be public speaker. Attracting the required audience is now possible with social networks. Knowing communication techniques are essential for business as for career skills development and for the successful implementation of future professional activities.

BUSINESS GEORGIA spoke with Nina Pertenava, a Communications Specialist and Image-Maker about the art of public speaking.

What is the brief history of public speech?

The word “Rhetoric” is a Greek word and means the art of public speaking. Old Athens was known for its orators, two names are outstanding – Perikles (494-429 BC) and Demosthenes (384-322 BC). Pericles had an amazing talent for public speaking, he considered the foundation of oratorical speaking and Demosthene was tongue-tied from childhood and as a great cost was able to earn the name of the best orator. The significance of this talent also indicates that Aristotle wrote the work “rhetoric”, and Socrates could guess people’ profession, what education they had and so on, after observation on speech manner and gestures. Neither the Roman Empire fell to ancient Greece. This a fact, that the right words pronounced for the army could win the battle. The power of speech is given special attention in the beginning of the twentieth century, in particular when was written the book “propaganda, followed by radio and later television invention, which was one of the turning points not only in public art, but in the history of mankind.

Over the centuries, techniques of public speech are changing, what changes will you focus on?

Unfortunately, our world goes to simplification and Petrarka and Shakespeare’s language understands fewer people. In the twentieth century was created simplified language Basic English, which contains a total of 850 English words underlies Roosevelt and Churchill’s discussion, of how to simplify the English language, that majority of the world use this language. Soon it happened, and English took its place in TV and internet space. We should mention, that there are lots of video and audio files, everyone has the ability to write their own speech, and the more information you get, the more difficult it is to follow classical norms. The quality is lost, the frames are collapsing, and it becomes very fast. So changes are inevitable. Each time dictates its norms.

On a global scale, which public speech has a big impression on you and why?

I would advise everyone to listen to Martin Luther King’s best known speech “I Have a Dream” pronounced before 300 thousand Americans. In Washington in 1963 year. By this speech was definitely inspired, no less charismatic orator Barak Obama. Should be noted Winston Churchill’s oratorical talent, which has really impressed me.

What is a successful public speech and what skills are needed to be a good speaker?

In classic understanding the speaker must have several essential features. First of all, it’s charismatic, good voice tune, combination of spoken and body languages. The speakers should know how to practice voice, where to use pauses and accents. Pauses in the right places allow the listeners to understand and realized the speaker’s words. According to the volume of the audience, voice tune is also important. It is necessary to speak loudly and clearly, so that the listener does not strain while listening to the conversation. Pleasant conversation manner, analytical thinking skill and self-confidence in emotions are essential.

However, there are facts when one of the most successful orators win people’s heart by emotional speeches. Here I want to name the main character of the good orator – the ability to empathize when he can feel the mood of the people, often has a eye contact with the audience and  on face expresses countless emotions. The movement of eyes, mouth and face muscles can establish an invisible connection with the audience. Eye focus is the most important element of this process. With eye contact you will be directly connected to the audience. This will make them feel special and you will be able to understand whether they are interested or not, and if it will be necessary, you can change your presentation.

What mistakes are Georgian speakers mostly having?

As we do not consider specific examples, we will focus on more cases. There is a very correct pronunciation: “When people do not have arguments, it goes into aggression.” I think the Georgian reality is very similar to that. Often in public speeches (I do not mean a scientific conferences), are often critique or shift the blame, which is already an aggression and definitely causes a wave reaction. Logical and consistent tactics are usually contrary to emotions.

Are Georgians taking into consideration techniques of public speech?

Perhaps everyone likes a good speaker, but not all of them work on themselves. As a good speaker, I would like to mention Giorgi Targamadze was a very good journalist and ideally possesses his sound and tune, breath, intonation, pauses, mimic and gesticulation. This is accompanied by logically and easy understanding sentences. This is a result of great self preparation.

Many people have the fear of public speaking, what is the reason for this and how can people overcome it?

As a rule, almost every person has fear of public speaking. Even famous artists say in private conversations that they are worrying before going on stage. I will share some tips with you. First and main advice: Do not fight fear, it will deepen the stressful situation, there are just some special breathing exercises (on YouTube) that calms the sound and body vibration (shaky). The second advice: Before you go to the big and important audience, you have to rehearse before a familiar and friendly group. It is helpful. Third advice: As often as possible have interesting discussions. You can also read public lectures. Believe me, this advice helps me to overcome fear of public speeches and today I can boldly address any audience. 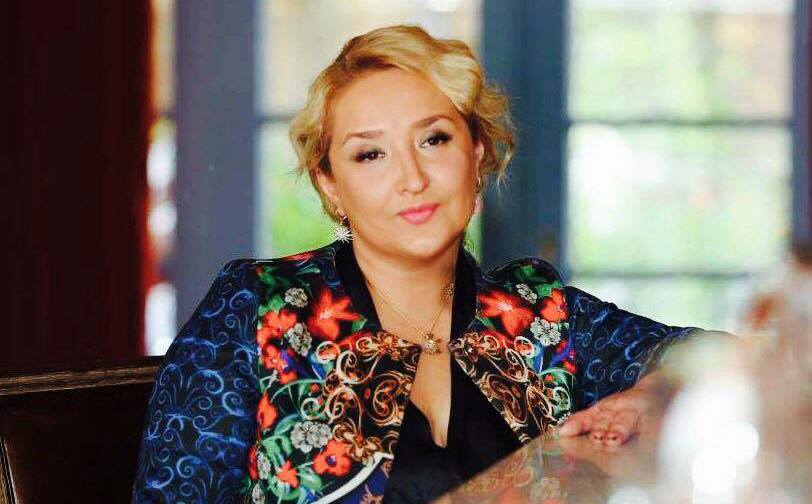